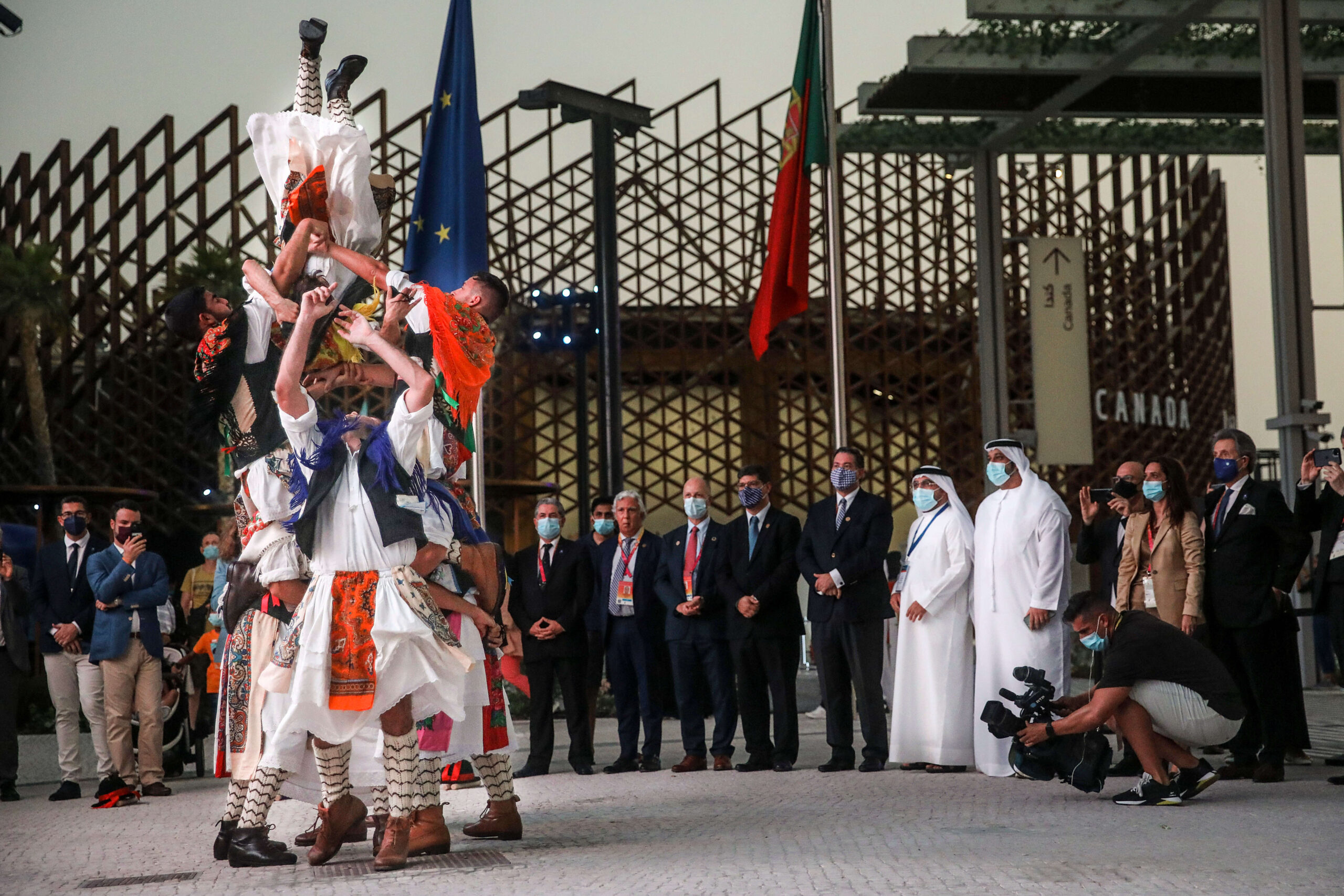 Portuguese stick dancers ‘Pauliteiros de Miranda’ drew applause from a multicultural audience, made up of visitors from various countries, during their two performances at Expo 2020 Dubai, at a time when they are seeking recognition from UNESCO.

The Pauliteiros de Miranda danced today outside the Portugal Pavilion, in honour of United Nations Day, and the performance did not leave visitors indifferent to the sound of bagpipes, snare and bass drums. The characteristic beating of sticks and wooden castanets revealed the importance of sound in these ancestral dances.

Despite some initial agitation, between traditional dresses and the tuning of instruments, the Pauliteiros de Miranda, from the Portuguese district of Bragança, took the stage knowing their image would travel the world, at a time when these dances seek UNESCO’s status of Intangible Cultural Heritage. 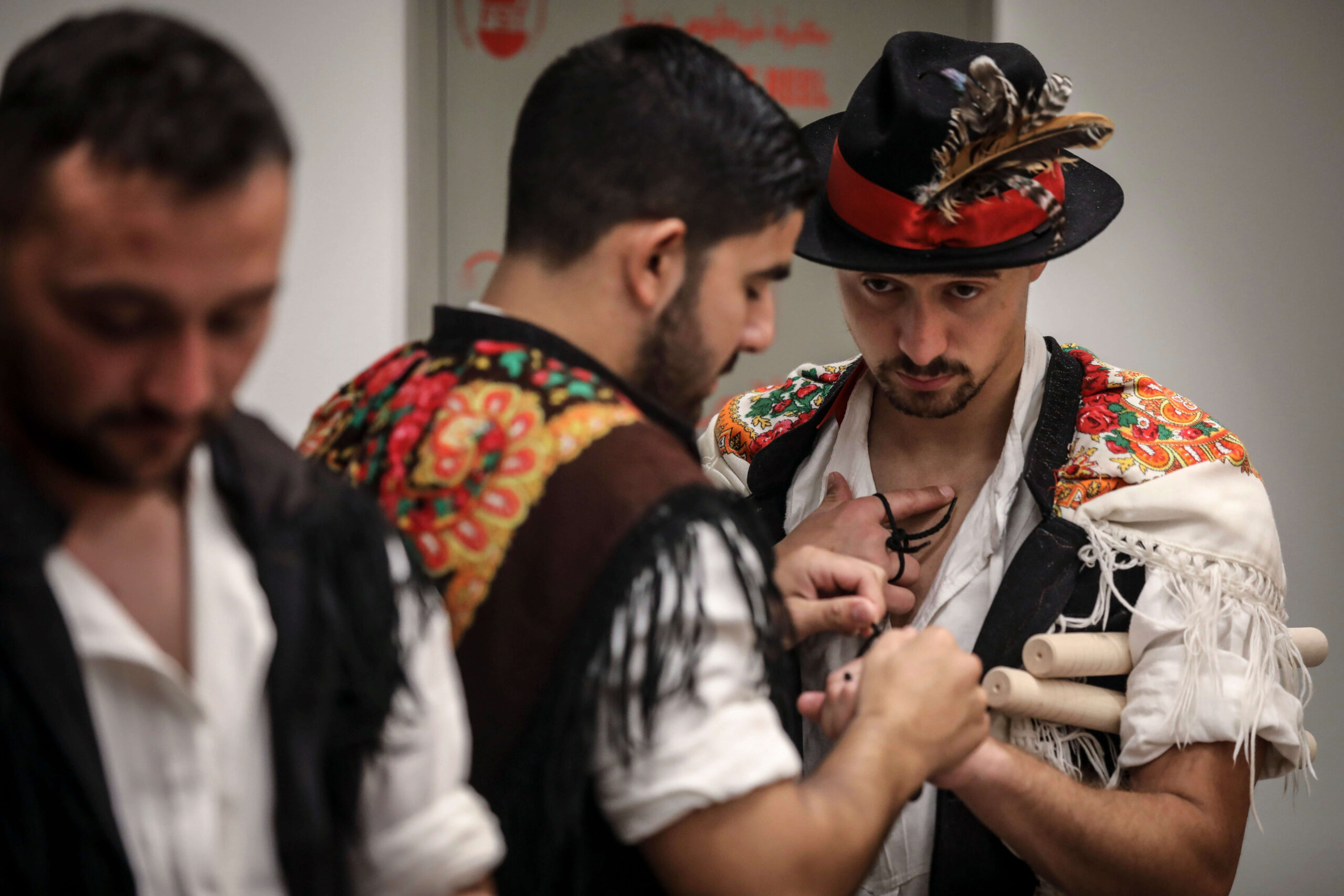 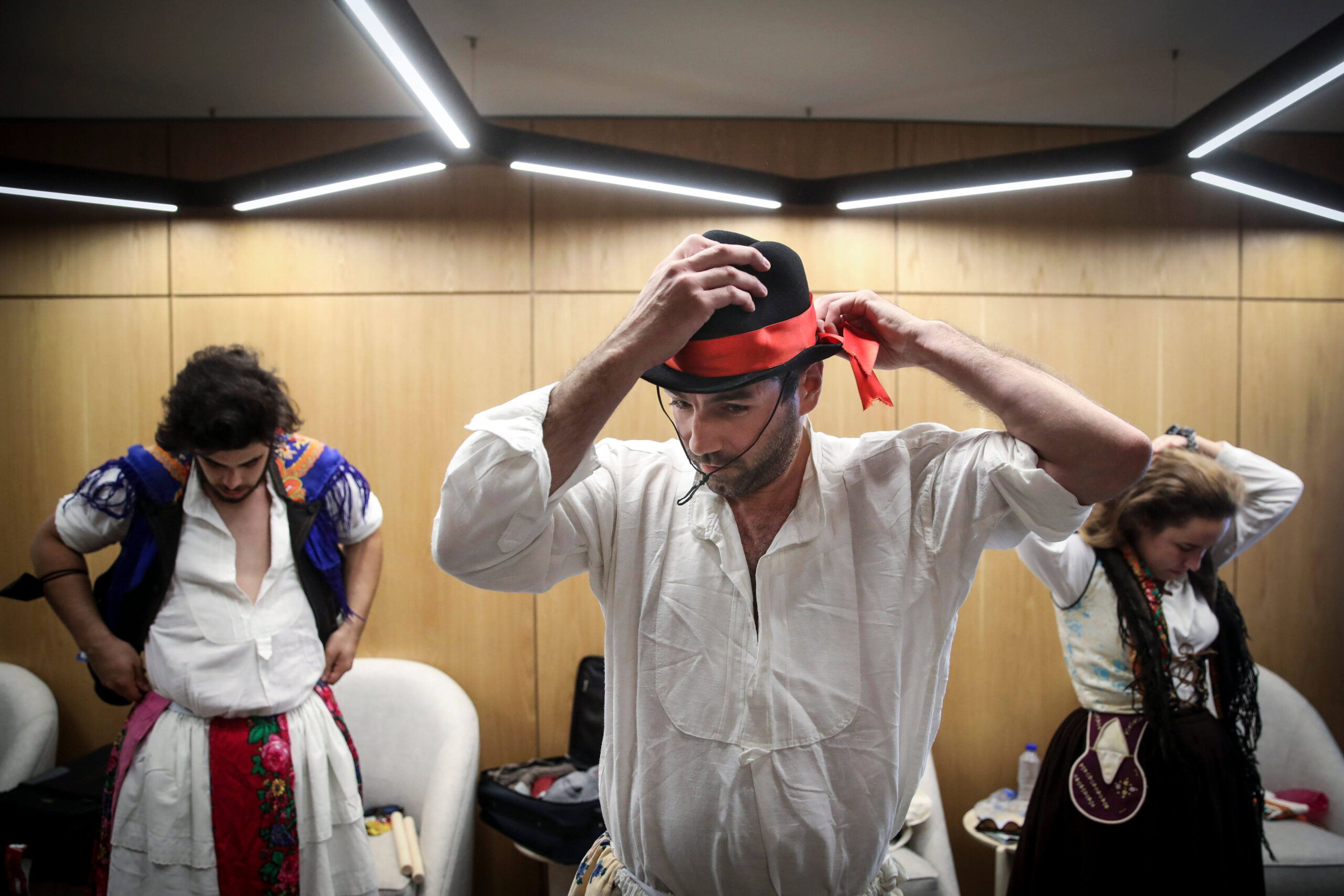 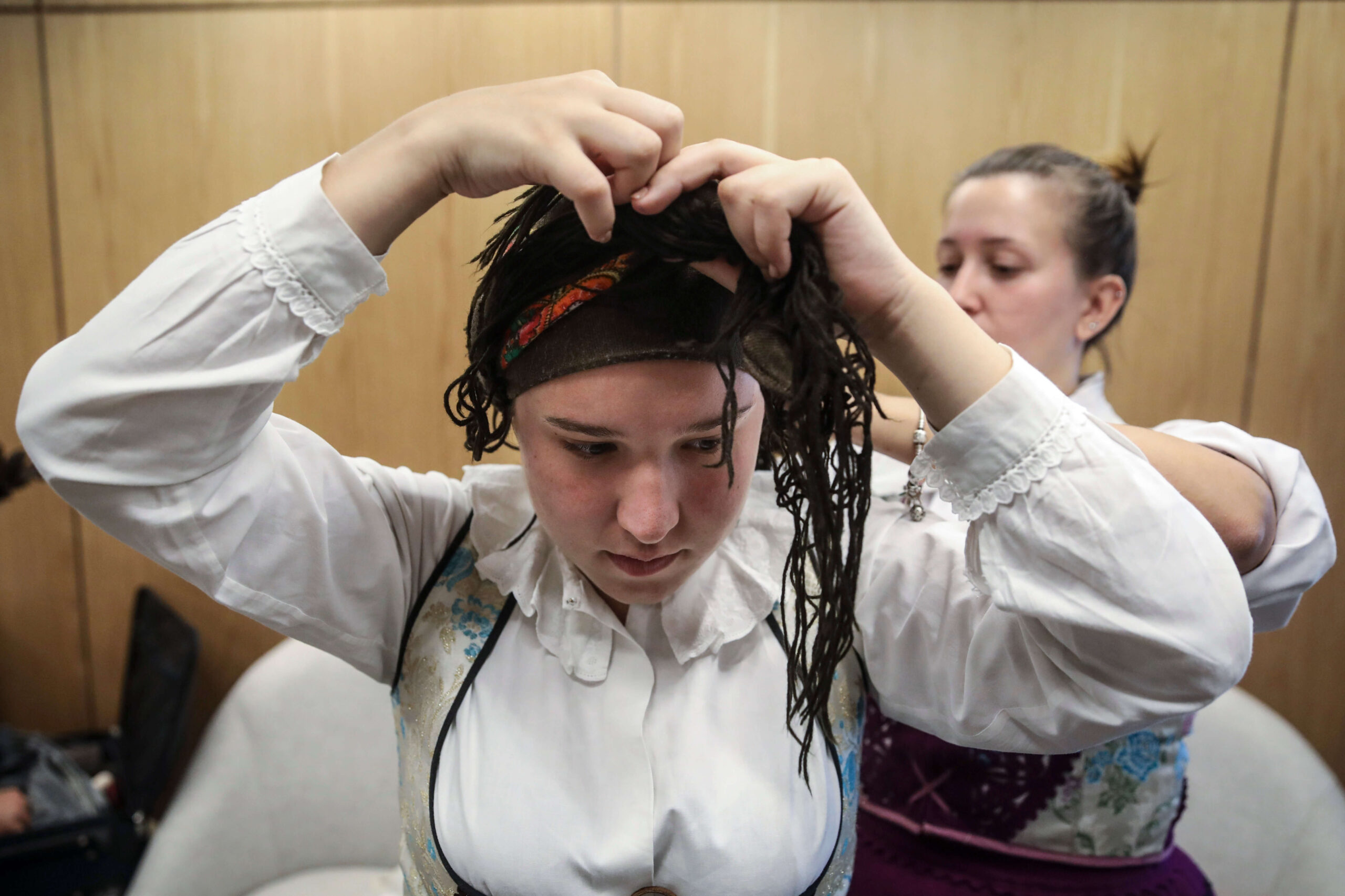 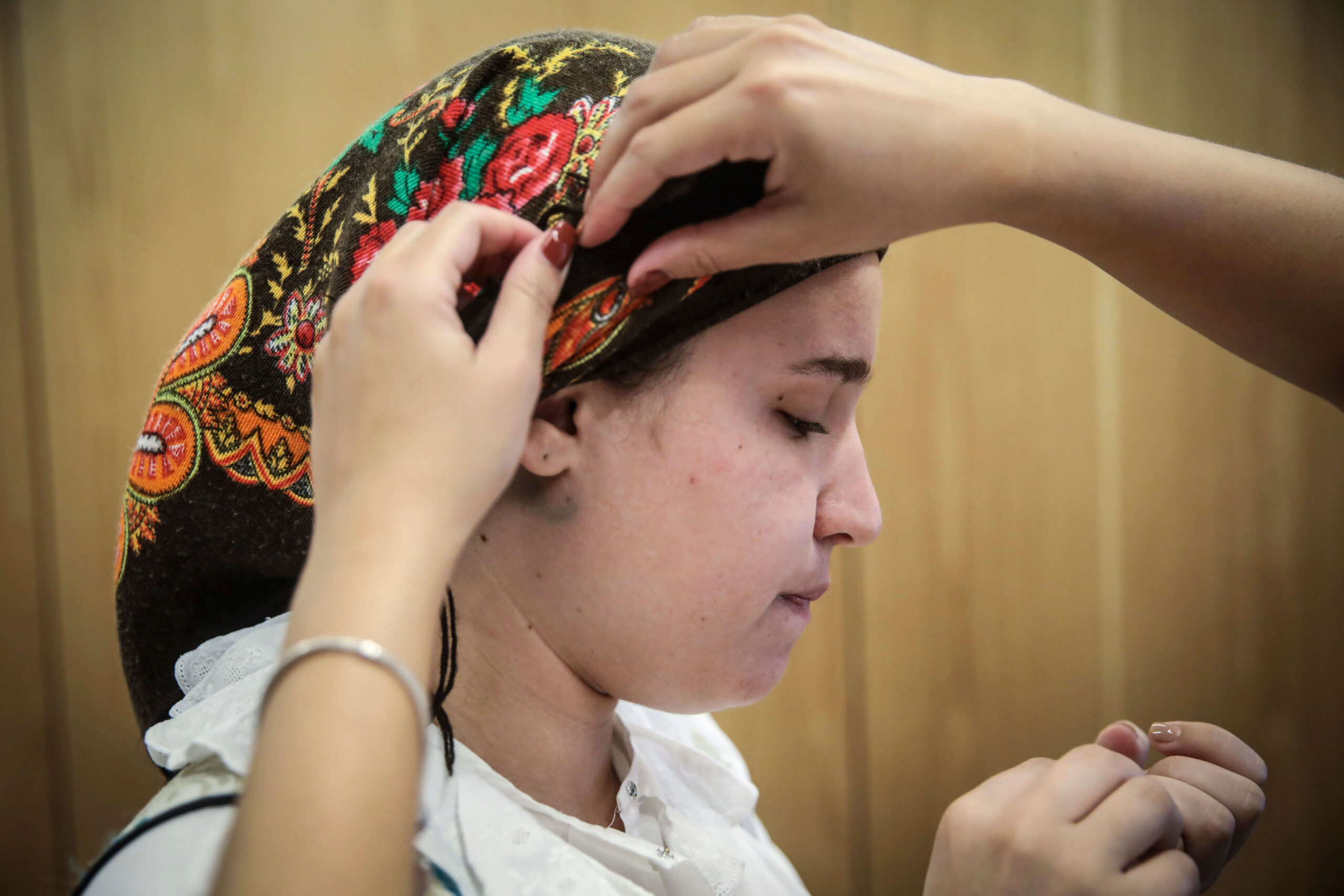 The young Gabriela Rodrigues, standard bearer of the Pauliteiros de Palaçoulo, in the municipality of Miranda do Douro, said that carrying this symbol “is an enormous responsibility […] and above all a great pride to be standard bearer of the Pauliteiros. I speak for all when I say that this pride is enormous in being able to take dances and costumes to the whole world”.

For Portugal’s Commissioner-General, Luís Castro Henriques, there is no better stage than this world exhibition: “Expo Dubai has already registered over 700 thousand visitors, this was a good opportunity for our Pauliteiros to surprise visitors, which will give them great strength when applying to the status of Intangible Heritage of Humanity, which is currently underway”. 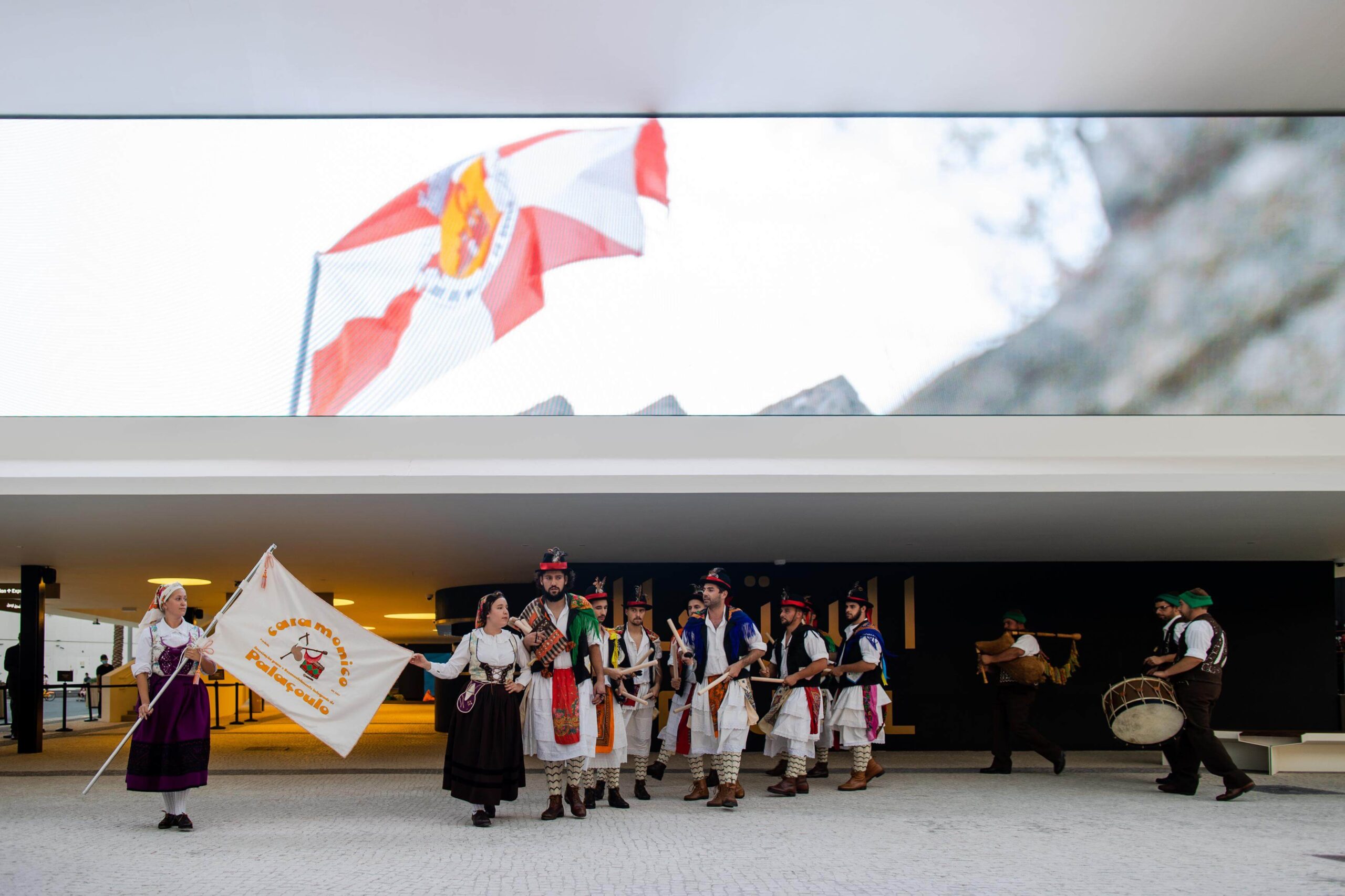 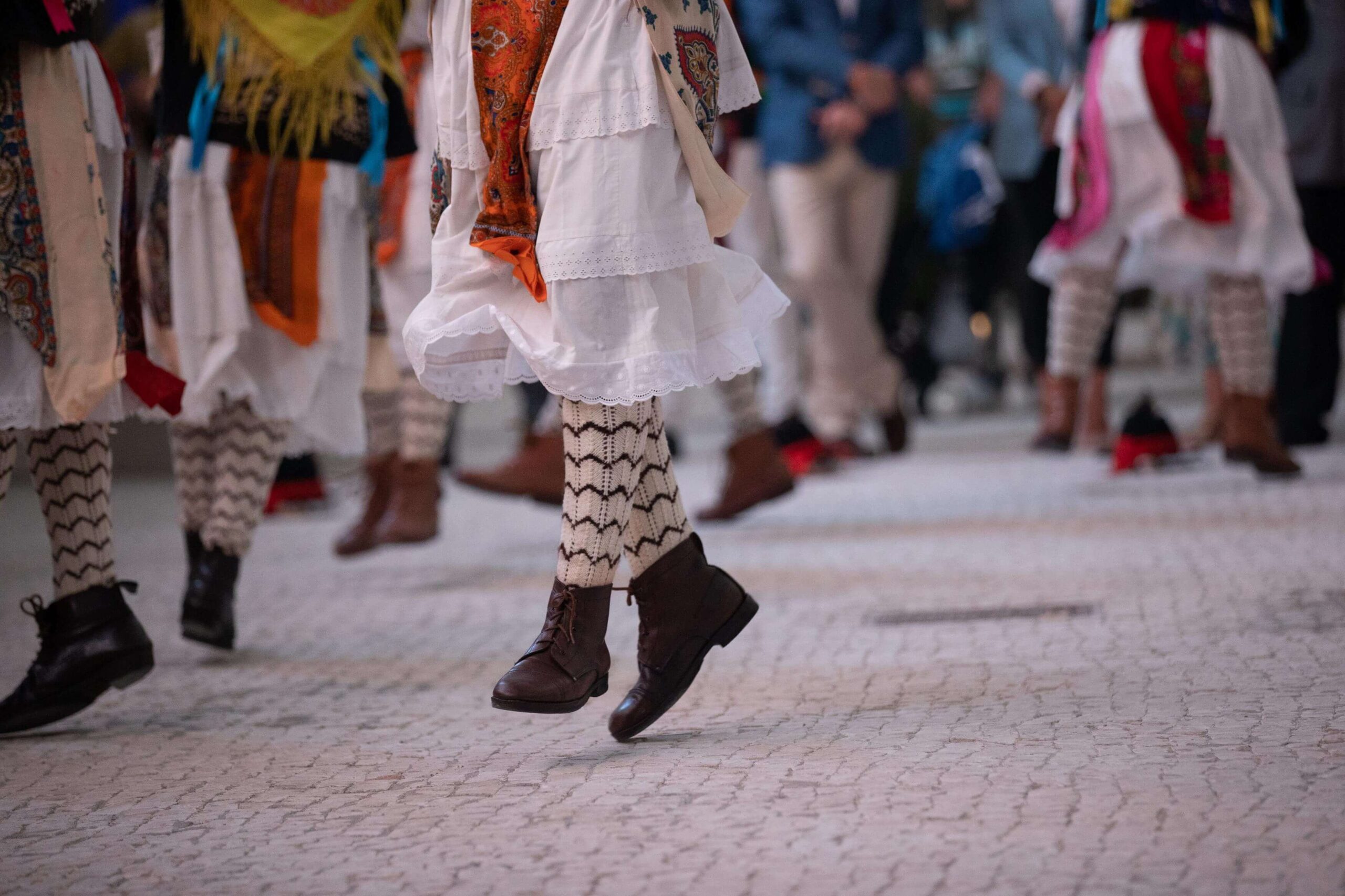 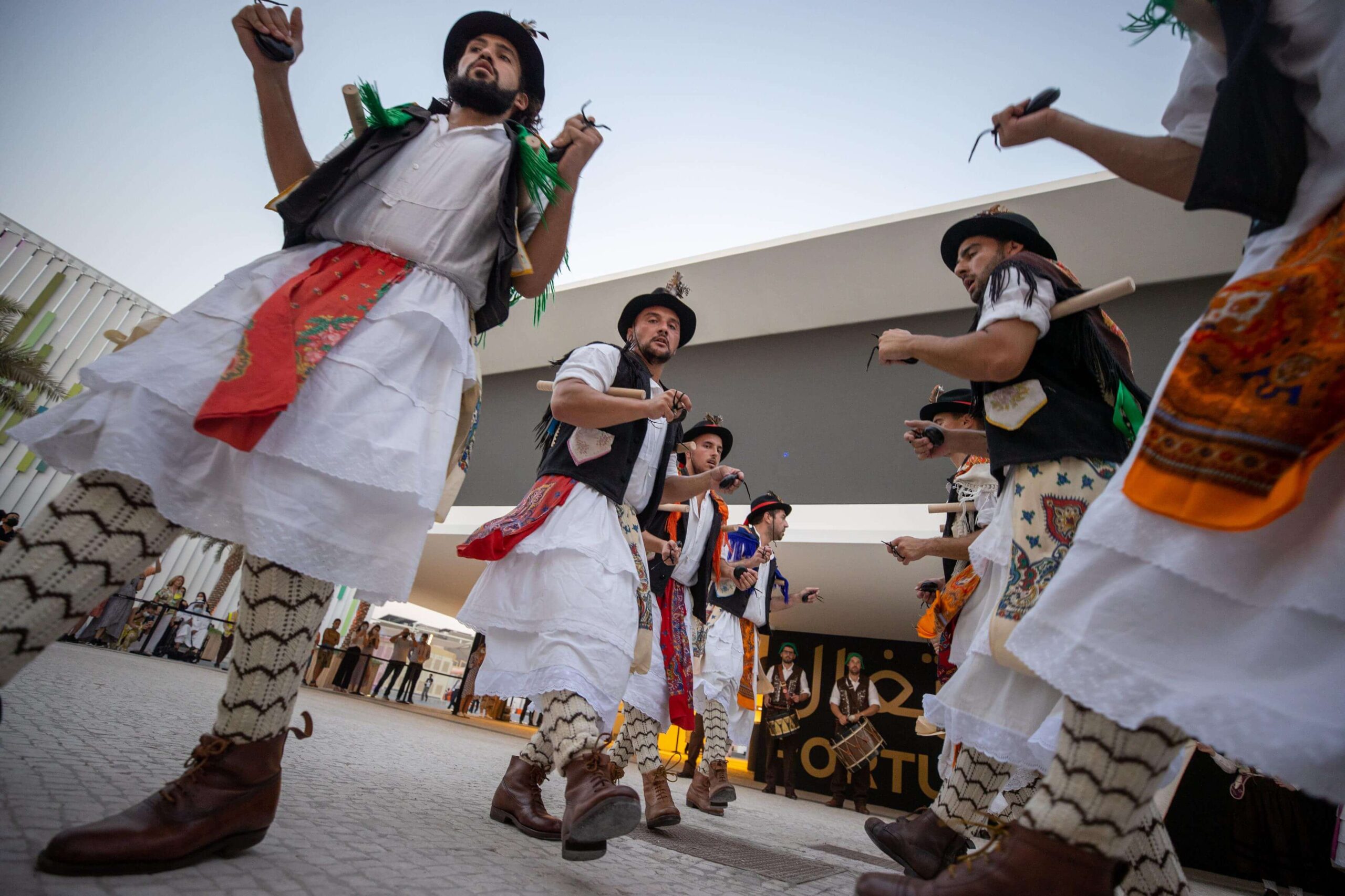 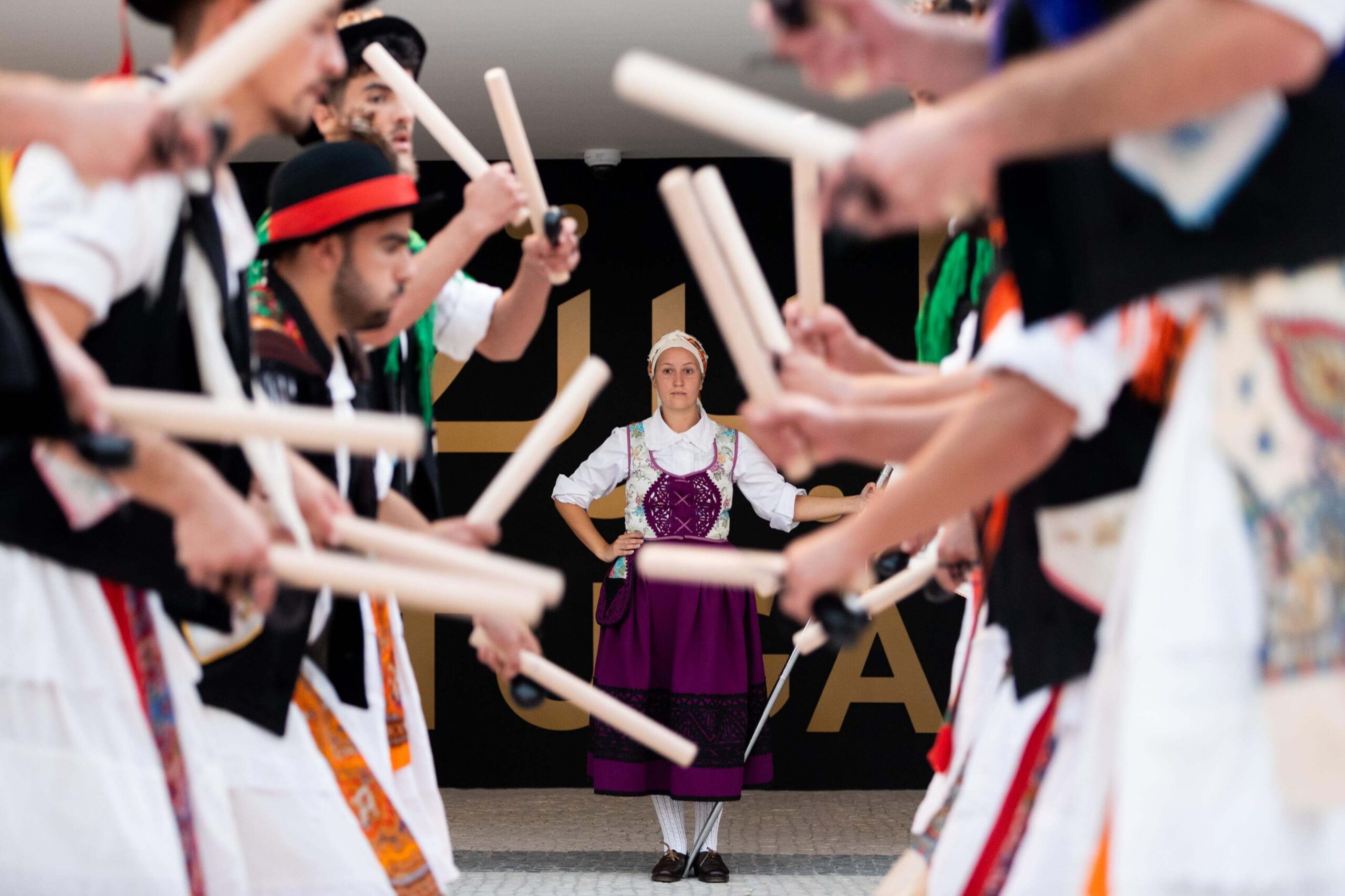 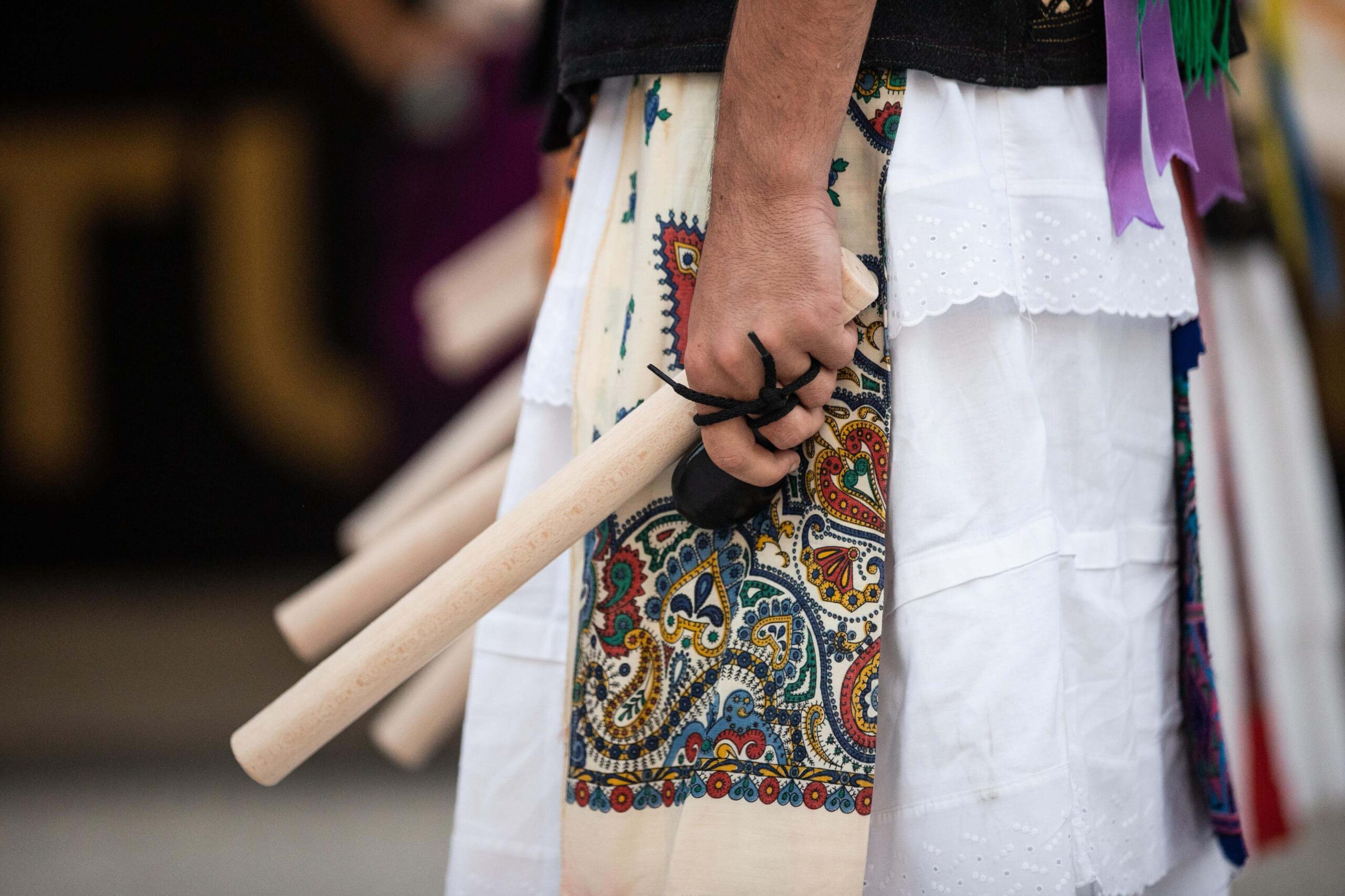 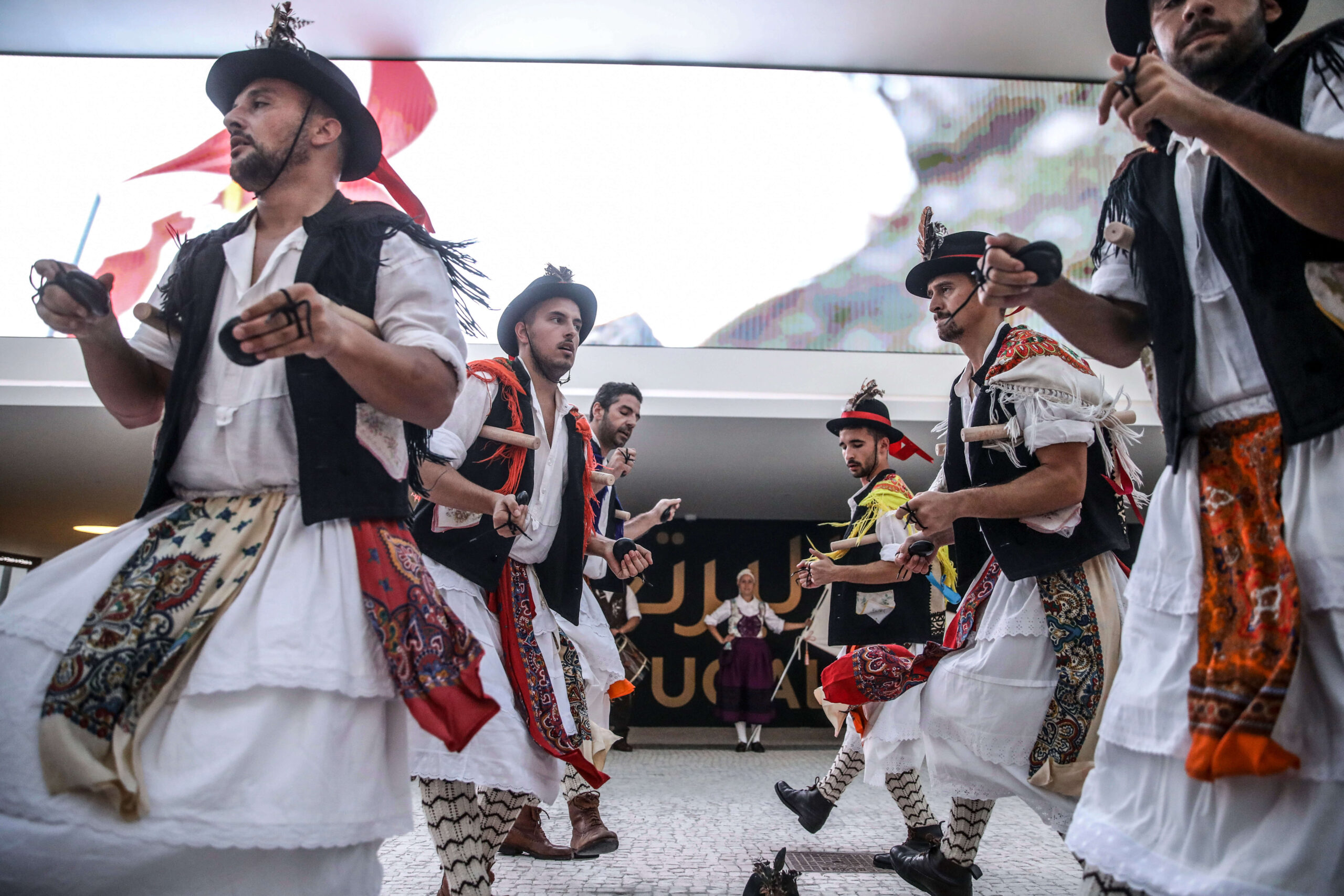 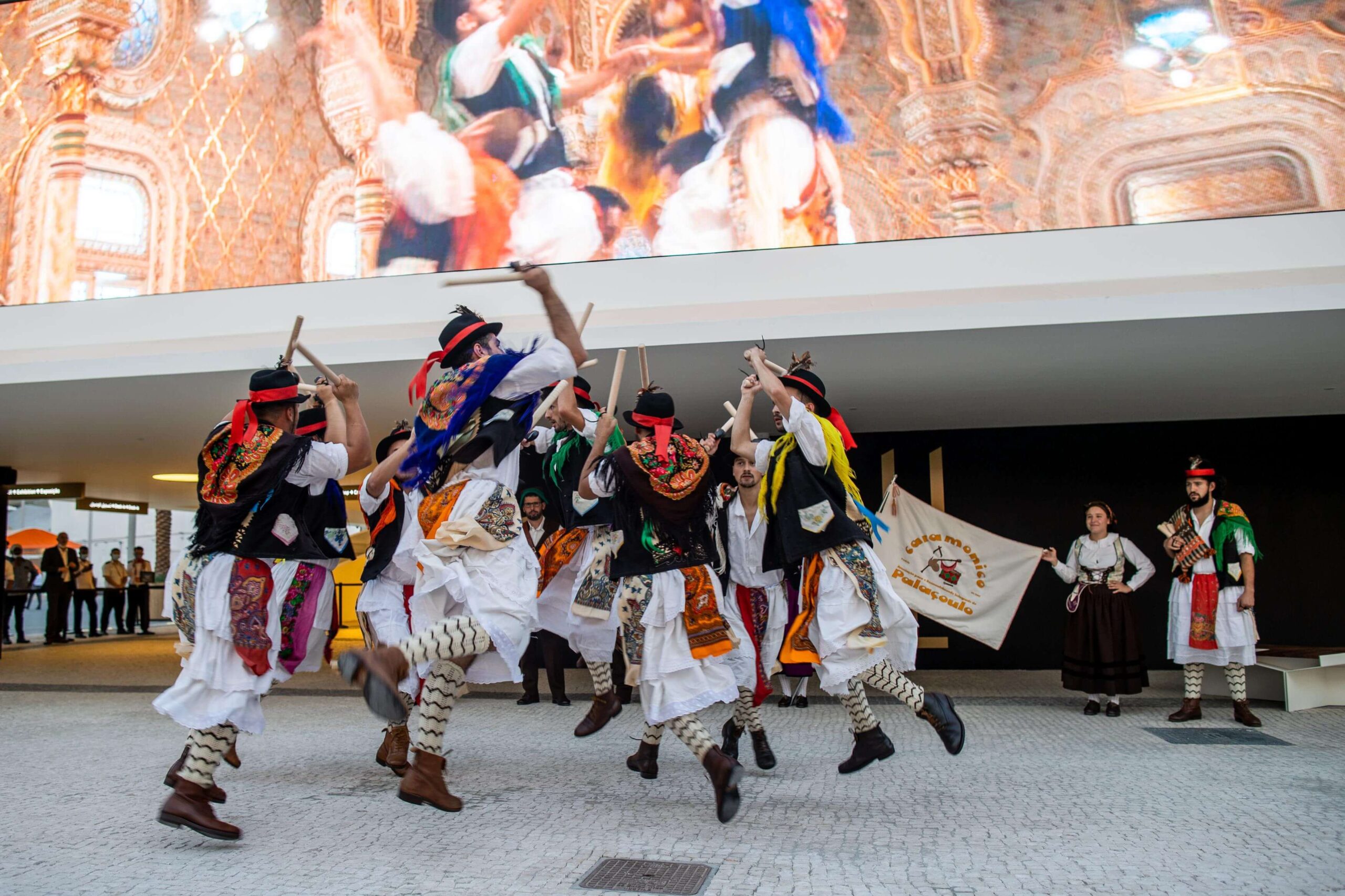 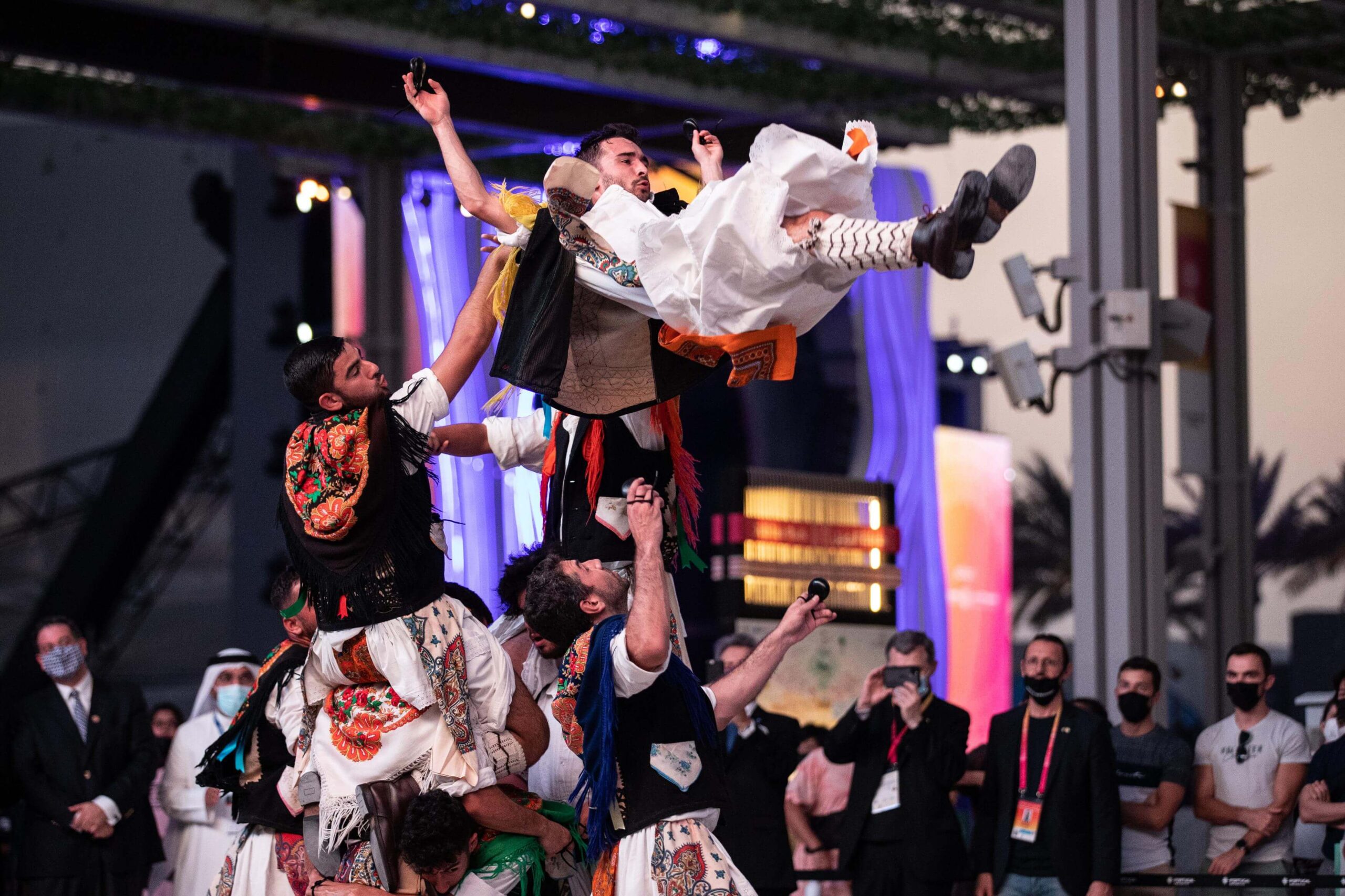 THE STORY BEHIND THE ‘PAULITEIROS DE MIRANDA’

The Pauliteiros have been subject of reflection of historians and scholars for many years, yet the origin of this stick dance has not gathered consensus. Some speak of the Celtic, Greco-Roman and Medieval peoples having settled in the lands of Miranda (between the Douro and Sabor rivers) and preparing for combat with this type of dance, exchanging swords for sticks to avoid unnecessary risks.

Solely composed of men, dressed in traditional costumes, this ritual dance remained in paganism until the 10thcentury, when the Catholic Church began to admire them in religious festivities. Nowadays, the Pauliteiros Mirandeses de Palaçoulo are a local symbol of culture and their work contributes to the dissemination of Mirandese folklore both in Portugal and abroad, reaching neighboring Spain, as well as France, Ireland, Belgium and Germany, among others.

Watch their video and discover the unique tradition behind these dances: