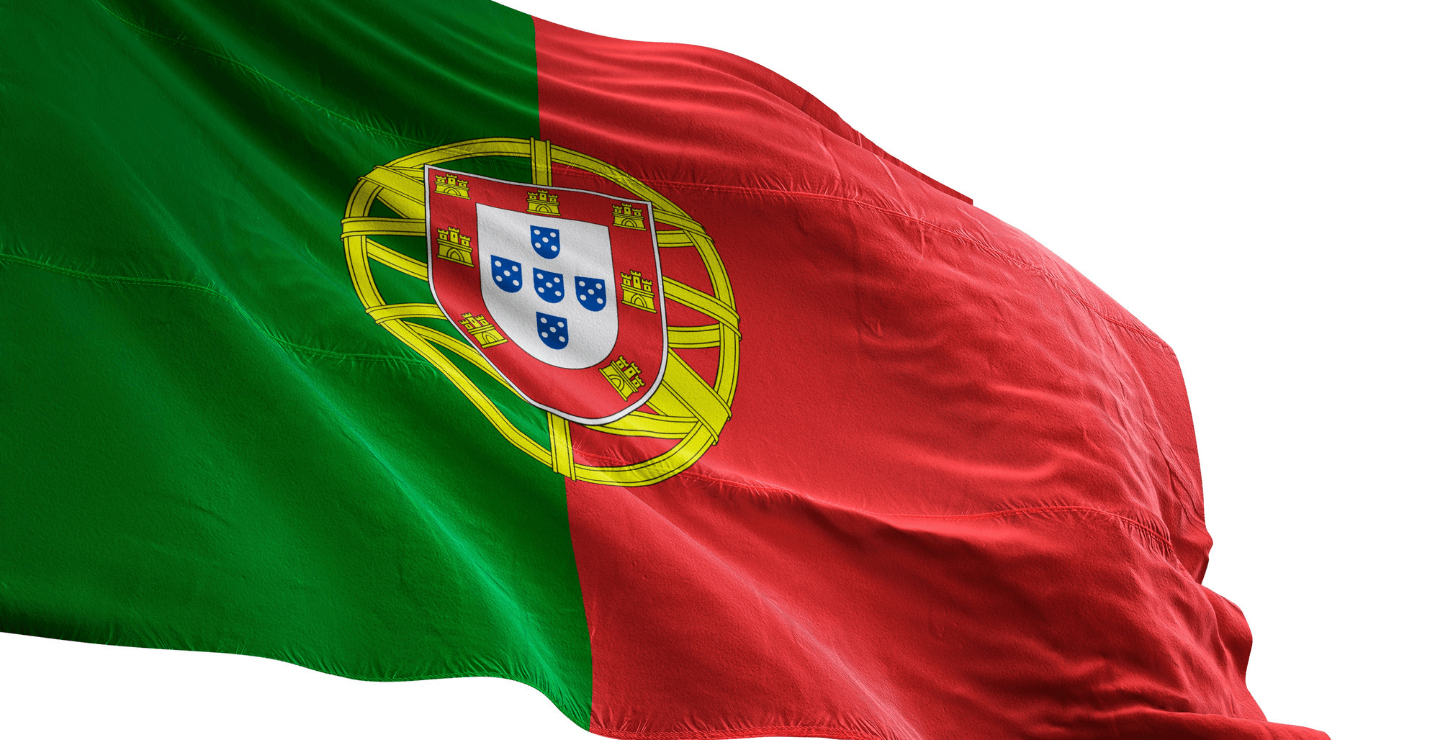 Celebrate Portugal's National Day at Expo 2020 Dubai and immerse yourself in the nation's incredible culture! Witness our talent and tradition take on various forms of artistic expression, with musical performances and immersive multimedia shows. Naturally, there will be no shortage of Portuguese guitar and music, the true sound of Portugal!


Official Ceremony | Al Wasl Plaza - 03:00-03:40pm (Musical Performances with Portuguese guitar - 03:20pm)
The Official Ceremony hosted by Expo will be attended by delegations from Portugal and the UAE, followed by the flag raising, Portugal national anthem and official speeches by high representatives from Portugal and the UAE.
Musical performances will celebrate Portugal’s culture: Portuguese guitar played by António Chainho, a living example of Portuguese music, and Marta Pereira da Costa, one of the few female professional Fado guitarists in the world. An intergenerational duet followed by a trio moment with the famous Portuguese singer Teresa Salgueiro. 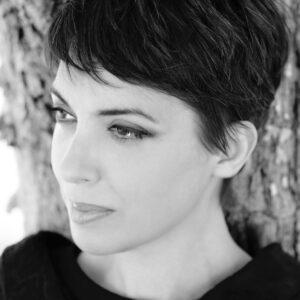 TERESA SALGUEIRO
One of the biggest names in our country and recognized as an emblematic image of Portugal in the world for three decades. Her music career began in 1986 when, at just 17 years old, she was invited to join the foundation of the group Madredeus, recording 9 albums of original music, created specifically for her voice. Teresa Salgueiro, with her discreet and delicate presence and her extraordinary voice, was the “figurehead” of this musical ship. Among so many moments of distinction, we highlight the opening of Expo 98, but also her collaborations with names like José Carreras, Caetano Veloso, Gilberto Gil, Carlos Núnez, Angelo Branduardi or Zbigniew Preisner. The quality of her performances, as well as the technical rigor of the shows she idealizes, have been the object of wide praise both by critics and by the general public. Teresa Salgueiro personifies the theme of Portugal in this exhibition, namely, the idea of a world in one country. 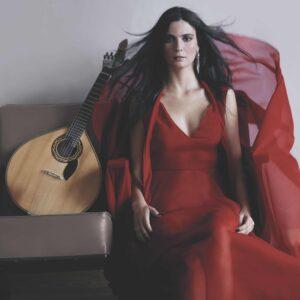 MARTA PEREIRA DA COSTA
Marta studied at the “Clube de Fado” in Lisbon, learning from two great Portuguese guitar players, Mário Pacheco and Fontes Rocha, having also worked with great artists like Mariza, Kátia Guerreiro, Camané and Carlos do Carmo. Marta Pereira da Costa personifies the theme of Portugal in this exhibition, namely the idea of Connecting Minds, Creating the Future. She presents herself as a young performer, with international recognition, representing national culture and perpetuating a truly Portuguese identity and heritage. Her presence at this concert is also a unique moment because of the opportunity to present to the world, through the hand of a woman, an instrument traditionally played by men - an image of a future where gender equality will assert itself through equitable and indiscriminate opportunities and in which our cultural heritage will be perpetuated by all its performers and lovers. 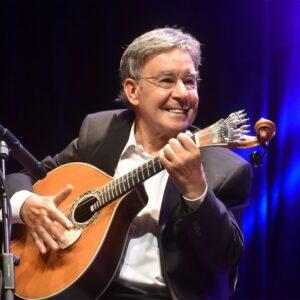 ANTÓNIO CHAINHO
António Chainho is a living example of how talent, perseverance and solidarity - in the form of complicity - shape a man's life and with him the history of popular music. Born in a traditional family from the Alentejo region, António Chainho, has been self-taught since he was six years old. He started by joining the music of rural tradition with the Fado of Lisbon and later merged these two musical currents with other "World Music". Having celebrated his 50 years of career between 2015 and 2016, the name António Chainho is synonymous with guitar, in Portuguese, which is the central reason for his presence at this concert. He, too, personifies the themes of the exhibition, but also, we believe, much more. António Chainho is legacy, identity and national heritage. We cannot miss the opportunity of showing him to the world, in this unique stage and moment. 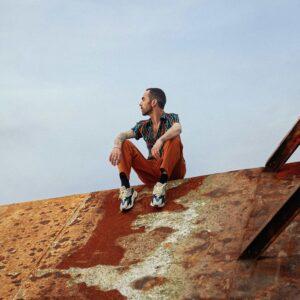 FRED FERREIRA
Musician and producer, born in Lisbon, who at the age of 15 was already playing with Yellow W Van. Fred is a drummer for bands with Orelha Negra, Banda do Mar, or 5-30. In addition, he played with Buraka Som Sistema, Mallu Magalhães, Oioai, João Só, Sam The Kid, Micro Audio Waves, BALLA, Adriana Calcanhoto, Clarice Falcão, Cicero, among many others. Besides Portugal, his drums have already been heard in places as different as the USA, in several tours, Japan, Africa, Australia, China, Europe, Russia, Brazil, Colombia, Mexico etc. Nominated for 2 Grammys, he has won over the years several awards that have encouraged him even more to dive into improving his techniques and skills. 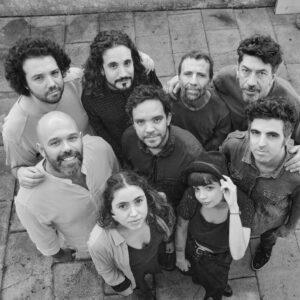 RETIMBRAR
Retimbrar, "one of the most exciting live groups in Portuguese music" (in Blitz), is a collective of musicians from Porto, founded in 2008. Inspired by traditional portuguese rhythms, songs and percussion instruments, they have developed original music with the aim of creating bridges between the past and the future. They started a partnership with Casa da Música in 2010 which, in 2016, culminated in the edition of their debur album, "Voa Pé". They toured the country, between festivals and concert halls, collaborated with renowned artists and groups linked to folklore and popular music, to whom they owe a good part of their labour. These collaborations are the basis of their next album, "Levantar do Chão", which will see the light of day in 2022's spring. 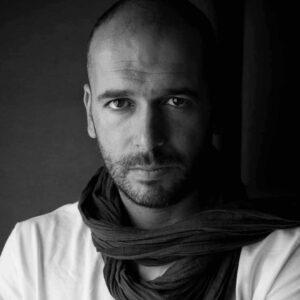 TIAGO FIGUEIREDO
Born in Lisbon in 1975, Tiago studied computer science at university, but preferred the piano keys and taught music at the National Conservatory. He learned photography with his mother and cinema with his father. He has dedicated himself to filming documentaries like "Neighbors", "Op Belô", "Veradardze", "Tchinhango", "Intervalo", "A Espera" and "Op.ção". He became interested in Human Geography and Urban Anthropology, and was a doctoral student at the Faculty of Arts and lecturer at ISCTE – University Institute of Lisbon . He has been working regularly with the Calouste Gulbenkian Foundation since 2010. He likes to get lost in travel, and he writes and photographs people and places he meets by chance. 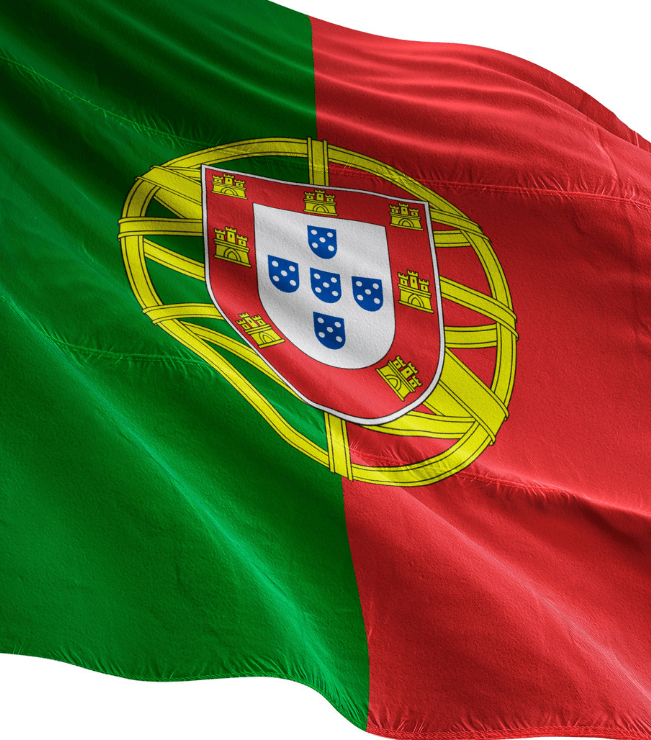